Dear all friends, family, well-wishers and residents of Brent, Harrow and Ealing borrow of London. You are cordially invited to watch the Gurkha Beneath the Bravery movie.

Gurkha Beneath the Bravery” is a film based on the true story of the bravery of Sergeant Kul Bahadur Thapa, the first Gurkhali to receive the Victoria Cross, the highest and most prestigious medal of the British Army.

Gurkha Beneath the Bravery” is not just a film but an unseen, unheard story of the heroic deeds of our ancestors who were buried on the battlefields of different countries during the World War.

The film is written and directed by Pradip Shahi and produced by Madhu Gurung and Prayas Gurung.

For everyone’s information, this movie is being screened in different cities in the UK. For Nepalese and residents of the London area, this film is being showed at Alperton community school Ealing road Wembley HA0 4PW on Saturday 13th August 2022 at 2 pm. All the profit made from this movie goes to Gurkha welfare trust. Another way you can help Gurkha Welfare trust is by watching this movie.  Your attendance to watch the movie is much appreciated.

Tickets can be bought online at the link below, with individual people or on-site locations listed below.

You can buy a ticket at the door. 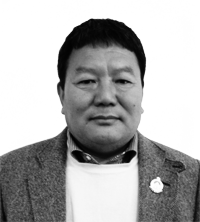