Tamu Samaj UK’s Vice chairman Mr. Shivachandra Gurung has travelled to Nepal on 3rd June 2015 to distribute aid for victims of earthquake in Nepal. Tamu Samaj UK will be working alongside Nepal Red Cross Society (Pokhara Branch) to distribute vital relief supplies. The first phase of this combined relief work will be focused on delivering help to the worst affected areas.  The target dates for providing aid to different locations are as follows:

So far the members and well-wishers of Tamu Samaj UK have raised over £33000.00 for this ambitious project. Tamu Samaj UK would like to thank everyone who donated and helped in the fundraising process. All of the donation will go towards providing as much help as possible to the victims of the recent earthquake in Nepal.

More updates on the progress of this project will be posted in later dates. 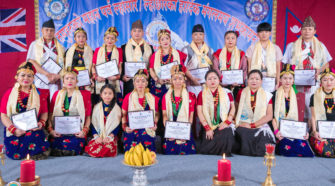