Following the earthquake disaster that occurred in Nepal on 2015, the country has been going through a huge rebuilding process. Donations and relief aid was given from across the world to support the victims of this natural disaster. Tamu Samaj UK and its members took part on the responsibility of providing immediate short term support of relief and financial aid to the selected areas of Nepal in order to ensure that help is reaching to those were most affected by the natural disaster. We as an organisation also established long term support of re-building a local school in the Dhading district which was officially started on 1st of May 2016. A sum of 17 lakhs (Nepali Rupess) was raised by the members of Tamu Samaj UK for the reconstruction of this school building. 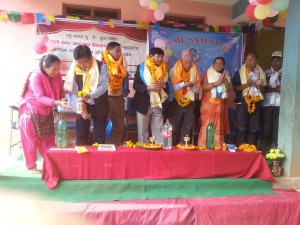 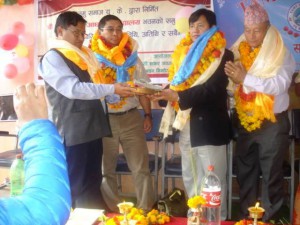 The newly reconstructed building of Gauri Shankar Middle School will be able to accommodate around 80 students. The school will provide essential educations to the children of  Patle, Dhuwakot – 1 and nearby villages in Dhading Nepal.

Tamu Samaj UK would like to thank to everyone involved in this school re-building project. Firstly, we would like to thank to Mr. Akkal Tamang of school management committee and Mr. Dhan Tamang for managing the overall project. We would also like to thank to Maj Retd Lachhimi Prasad Gurung and his wife for monitoring the project. Finally, we are deeply honoured and humbled by the management committee, teachers and pupils of Gauri Sankar Secondary  School for organising the inauguration ceremony and making it a grand success. 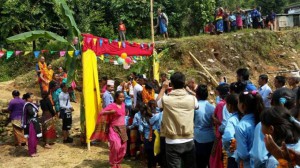 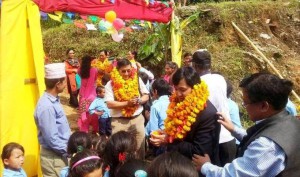 As the charity organisation always the biggest gratitude we have for our valuable members and donors, who are the key element to make every project a success. The countless hours of work done by the volunteer members in raising donations and generous donors helped Tamu Samaj UK to accomplish this school re-building project.

Tamu Samaj UK is proud to support the people in need. 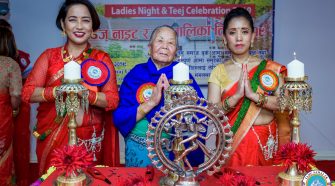